Tracing the bloodline of an ink from sixteenth century Abya Yala to the National Gallery in London. 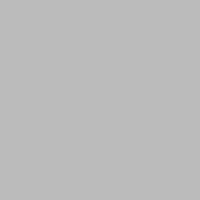 Plants are remarkably quiet beings. They live and die in their own time, seemingly unbothered by the small annoyances that accompany human existence. They move through space in connection to others: seeds carried by mammals, birds, insects; seeds floating through the air like minuscule parachutes; seeds projected as a fruit explodes; seeds traveling along waterways.

As with most beings, plants have their own language; they talk through their leaves, fruits, flowers, smells, and colors. This communication is, of course, not necessarily directed at us; we humans sometimes barely take notice of the dynamics that govern the coexistence of and with other beings. And yet, plants can be wise teachers. Learning how to understand them challenges established norms of communication; it incites us to expand our vocabularies of sense, emotion, and feeling. The faintest traces of yellow at the edges of a leaf; an unusual smell in a fruit; a slowly softening stem. Noticing these signs and understanding their meaning implies presence, a witnessing of another life and its passage through time.

There is much to learn from examining our own relations to plants. The structures of power that shape the contemporary Western world cannot be disassociated from the circulation of botanic material that characterized the early colonial period. Coloniality, sociologist Aníbal Quijano remarks, is a set of structures of power constituted through domination, exploitation, and conflict, and that emerges through the project of European colonialism. The ways in which plants circulate, and how their paths shift and change through time, reveal the complex nature of coloniality. The race for the control of the production and commercialization of fragrant spices was a key animating factor in the European colonial expansion. The monopoly of quinine—a substance extracted from plants of the Cinchona genus by Quechua peoples and used for treating malaria—played a fundamental role in colonization; it was through the appropriation of indigenous knowledges and the cultivation of these plants that European powers were able to further expand their grip on West Africa, where the illness was endemic. The expanses of sugarcane, cotton, and coffee plantations—cornerstones of the colonial economy—still painfully resonate the deep, open wound of enslavement; the shadows of these green leaves can never obscure the blood red of iron-rich soil from which they sprout.

As the Portuguese first invaded the shores of Abya Yala—a designation for the Americas originating in the Kuna language—they encountered a green, lush, richly populated area. Indigenous groups had long inhabited the forests and mountains where the land met the ocean in the region of the Atlantic Forest. The Forest is an extraordinarily diverse biome, covering a significant part of the Eastern tropical coast of South America. Tall and majestic amongst the species native to this environment is a tree that settlers came to classify as Caesalpinia echinata. Young specimens have spiky trunks, which, as plants turn older, acquire a scaly exterior. Like many species in the Fabaceae family, Caesalpinia echinata has beautiful, delicate pinnate leaves; their rich green is disrupted by the bright yellows and reds of strongly scented inflorescences. The tree has been given many names in indigenous languages: ibirapitanga, ibirapiranga, ibirapitá, arabutã, orabutã. Its wood has a striking red-orange color, and its erupting trunk features branches that rise in the midst of lush forest greens like flames. Indeed, ibirapitanga means “red tree;” at the time of the Portuguese invasion, the ink extracted from the core of the trunk had long been used by indigenous peoples to dye feathered ornaments, while the wood itself was utilized for bows and arrows.

As a color, red holds so many layers of cultural and political meaning, which shift and change depending on time, context, and location. In the early colonial period, when European empires sought to establish their hegemony through the invasion, pillaging, and exploitation of the lands they claimed as their own, the tree—like many other botanic specimens—had the potential to become a valuable economic asset precisely due to its prized color. From the robes of Catholic cardinals (meant to reference the blood of Christ) to the plush velvets worn by royalty as a sign of wealth, red pigments were intimately associated with the high echelons of European power. A similar plant, Caesalpinia sappan, had long been used to produce red lac, an organic pigment widely used in painting during the Middle Ages and Renaissance, as well as in the manufacturing of the luxury red textiles prized by European nobility. However, sappanwood—as it came to be known—was native to tropical areas of Asia, where colonial domination had not yet been firmly established at the time. And indeed, immediately after the invasion of Abya Yala, the Caesalpinia echinata became a significant source for the extraction of red lac.

To acquire the pigment, the red trees first had to be chopped down close to their roots; their trunks were then peeled, separating the yellowish-white wood from its prized red core. During the first phase of exploitation in European-occupied Abya Yala, this labor was primarily undertaken by indigenous peoples; pointedly, French invader Jean de Léry describes the trade in an account of his voyages using ibirapitanga ink. After 1549, when the first slave ship arrived at the coasts claimed by the Portuguese, the trade of Caesalpinia echinata was already an established foundation of the colonial economy. Indeed, it is the exploitation of these abundant forests that provided the wealth that propelled further colonial expansion inland, and ultimately allowed for the establishment of the sugar trade, as well as Portuguese participation in the Transatlantic Slave Trade (as discussed by Daniel B. Domingues da Silva and Alexandre Vieira Ribeiro).

Ships filled with the red logs would cross the Atlantic, and only in Portugal would the red wood finally be processed. There were many techniques for the extraction of red lac; one of the most common entailed grinding the wood into sawdust, soaking it in lye or in a hot solution of alum (depending on the desired shared of red). The precipitate from these solutions could then be dried, powdered, packaged, and sold as a red pigment.

Throughout the Sixteenth and early Seventeenth centuries, the commerce in Caesalpinia echinata was the main economic activity in the occupied land—the centerpiece of a lucrative monopoly for the Portuguese crown. The red lac produced by processing the plant is a silent testimony to the far-reaching impact of coloniality in shaping the contemporary world. Saint Cecilia, painted in the early 1620s by Pietro da Cortona and currently part of the collection at the National Gallery in London, is an example of the use of the pigment in European art. The depicted Saint Cecilia was a Roman martyr, known for having converted her pagan husband to Christianity. The symbolism of the red in her skirt—painted with a pigment with a history deeply linked to the occupation of land, the acculturation and genocide of indigenous and African peoples, and the imposition of Christianity—is, perhaps, too obvious. Yet, it begs recognition: blood doesn’t wash away with silence.

The extraction operation established by the Portuguese was efficient—so much so that by the mid-1600s, the number of Caesalpinia echinata specimens in the Atlantic Forest regions had dramatically declined; it is estimated that about two million trees might have been cut during the first century of colonization. The plant is currently listed as an endangered species. With dwindling amounts of raw matter available, settlers shifted their extractive activities elsewhere. Sugarcane followed; then coffee; then cotton too, though to a lesser extent. Yet, the name given to this first plant is still imprinted for much of the world upon a vast stretch of land claimed by the Portuguese, one that extends from the Amazon forests to the pampas plains: Brazil. Caesalpinia echinata was the first classification given by Europeans to the tall, flaming tree; it was later changed to Paubrasilia echinata. Indeed, the first name given by Portuguese invaders to the plant was pau-brasil, or “brazilwood” in English. Allegedly, the name came from the word brasa, Portuguese for flame; brasil, it follows, refers to that which is relative to the flame. An apt comparison, after all.

Luiza Prado de O. Martins (she/her) is an artist and researcher whose work examines themes around fertility, reproduction, coloniality, gender, and race. In her doctoral dissertation she approaches the control over fertility and reproduction as a foundational biopolitical gesture for the establishment of the colonial/modern gender system, theorizing the emergence of ‘technoecologies of birth control’ as a framework for observing—and resisting, disrupting, troubling—colonial domination. Her ongoing artistic research project, “A Topography of Excesses,” looks into encounters between human and plant beings within the context of indigenous and folk reproductive medicine, approaching these practices as expressions of radical care. Throughout 2020, she will develop the long-term garden project “In Weaving Shared Soil” in collaboration with The Institute for Endotic Research. She is currently based in Berlin. She is a founding member of Decolonising Design.

Bolting a chain of exploitation, from hardy rocky plants, to deep indigo dyes, and monumental stones.